Chiniot is world famous for its exoticly carved and brightly lacquered furniture. Chinioti craftsmen and artisans have for centuries carved flowers and geometric pattrens onto cellulose fibers. Masons from Chiniot are thought to have been employed during the construction of Taj Mahal and Golden Temple,[8] both now in India.

Despite the knowledge and century old traditions employed in Chinioti woodmaking, the Pakistani government has made little effort to promote and market its Punjabi furniture industry. A lack of vocational education and training centres in Chiniot means that modern working techniques are rarely used. The lack of computer aided design (CAD) also serves as a hindrance to modern manufacturing. Rather it needs at least one technical university in place to compete the gloabal updation.

Furniture making in Chiniot forms a vital part of Pakistan's secondary industry and is also essential to the Punjabi regional economy. A great example of this art is Omar Hayat Mahal which is completely wooden made palace in Chiniot. 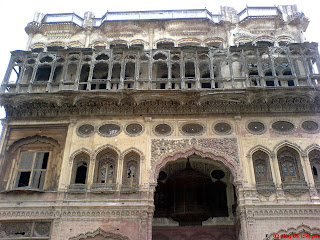 FURNITURE HISTORY
After the retreat of the last ice age, the hunter gathering communities of the Stone Age gradually began to acquire the skills and aptness of agriculture, and civilizations were born. No longer perpetually on the move in an endless pursuit of food, families were able to build homes and acquire possessions. Division of labor was possible, and skilled craftsmen began to develop their trades in producing articles such as jewelry, pottery and furniture.
ANCIENT FURNITURE
Although much ancient art such as pottery and jewelry survives from the earliest civilizations, but ancient furniture was mostly wooden, and has long since rotted away. Our knowledge of ancient furniture is mainly derived from scenes depicted in early art forms, such as pottery decorations and frescos.
MEDIEVAL PERIOD FURNITURE
The medieval time period (from the fall of the last Roman Emperor, in 476 AD, to the fall of Constantinople, in 1453) was the era in which furniture began to develop its modern characteristics. Medieval furniture was primarily made of oak, since it was easy to obtain, strong and durable. Perhaps the most important piece of medieval furniture was the chest or coffer. Chests were originally made from hollow tree trunks banded with iron, hence the origin of the modern word 'trunk'.
EUROPEAN & MEDITERRANEAN FURNITURE
The Mediterranean and European furniture traditions, through history and the major periods, designs, designers, and models have influenced furniture making in Europe and throughout the world. The story of English furniture tradition and heritage is an interesting mirror of English history generally, with at first little home grown developments of any interest, then an assimilation of foreign influence and a flowering of great energy and creation, spreading across the world, until final decline. The heritage of French furniture and Italian furniture occupy a special position in the history of European furniture being the birthplaces of the two most influential themes of antique European style furniture, the baroque and the rococo. The impact of the German furniture style has been most felt of more recent times and has some importance in the area of modern European furniture as does the Scandinavian furniture.
While much of the furniture industry in modern day Europe has declined into obscurity or narrow experimentalism the modern Italian furniture industry remains comparatively robust and capable of producing marketable, popular, yet still stylish, trendy and elegant furniture for contemporary homes.
AMERICAN FURNITURE HISTORY
The nature of American cultural power is a fascinating mixture of old and new and one can see the multitudes of interactions, the blending, experimentation, and fusions, at work in the area of the history of American furniture. The development of American taste and flavor of furniture in the eighteenth century was directed by Europe, and even after achieving independence, English and French tastes in furniture still predominated. However, if one can find a main difference, it is that American antique and antediluvian furniture that was made with practical concerns at the fore, decorative details and finery trailing behind in importance.
ASIAN FURNITURE HISTORY
Asian, or Oriental, furniture history follows a unique and distinctive course, and here is taken to refer to Japanese, Chinese, Taiwanese, Korean, Indonesian and Balinese, Indian, and Vietnamese furniture, that is, the Far East and South East Asia, as well as styles that are grouped under the term "tropical".

CHINIOT FURNITURE HISTORY
Chiniot, which is an ancient city of the sub-continent, as details of Chiniot are in Rag-Veda the Holy Book of Hinduism with the name of “Egen”. It is famous for adroitness and sophistication its furniture industry round the globe. In recent past, the great deeds of people of Chiniot are of worth and value. One of the best qualities of Chiniot is its furniture work which was started two-hundred years ago and it is the very time when the carving on wooden furniture was started in Chiniot too. 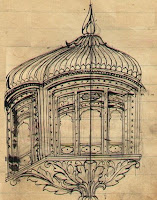 It contains different type of work on wooden furniture; carving, embossing, wooden inlay and painting etc. In Chiniot, the use of furniture is as old as the city itself. Near about two hundreds years ago, the carving on furniture was started regularly that may be found not only in Chiniot but also in many other countries of the world. People used to visit Chiniot to purchase and order furniture. The English also used to visit Chiniot and they took carved furniture from here to England. The furniture articles of Chiniot were used as gifts too. English officers sent these articles of furniture of Chiniot to other countries as a sign of friendship. In such a way, Chiniot became famous throughout the world for its furniture. 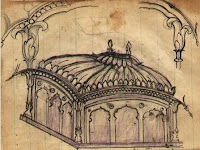 At the out break of World War I (1914-1918) there was too much unemployment not in sub-continent but also round the globe. It was the time when in sub-continent, freedom movement was at its full swing and it was also a cause of unemployment. People of Chiniot were to go to Calcutta (India) and Multan (Pakistan) for the sake bred and butter of their families. At that time Multan was a famous city of landlords and rich people. The use of Bagghi (A beautifully decorated carriage made of iron and wood driven by horses) was very famous among the lords of Multan. They used ritzy and swanky Bagghies which was sign of their wealth and privilege. The carpenters of Chiniot went there in search of employment and they were given a chance to prove their ability in Bagghi-making. It was a very technical and skilful job to prepare a Bagghi. It is said; a lord imported a Bagghi from England. He went to a party and parked his Bagghi out side the building.

This Bagghi was replaced by the Bagghi made by carpenter of Chiniot. When the owner of the imported Bagghi came there, he could not recognize it and sat in it and went away. Later on, he was told that it was not his Bagghi.
Now, this art has become a business. Chiniot is not only a center of sale of the furniture in different parts of the country but it also exports its furniture throughout the world. In furniture of Chiniot, one may find a beautiful blend of modern and classical designs. Different designs are exported and are used in furniture. Dexterity in furniture has become a sign of recognition for Chiniot.

One may find the beautiful and worth-seeing samples of carving in houses.

There are carved doors, windows etc in Chiniot. Not only carving but there is also the use of embossing and wooden inlay. Brass is also used to decorate and design the furniture. Different paintings are painted on the furniture to beautify it. There is also another technique, “Geometrical Patterns”. In this technique, different designs are prepared by joining small pieces of wood together. These designs are mostly used to decorate the buildings.


Chiniot is the historical town in the heart of Punjab, which is the famous for its peerless furniture designing and quality. here you will find the antique designs of the real furniture art, which the Chiniot produce. you will experience international quality furniture. you will find here the,